In 2004 Svetlana was keen on bellydance. She discovered FCBD®Style in 2006 and left oriental bellydance to devote all her time to tribal style. Svetlana started the first ever regular tribal classes in Moscow in 2007, bringing the FCBD®  FCBD®Style format to Russia. Having studied at the Tribal Pura Intensive with Carolena Nericcio she began to spread tribal-style in Russia and CIS. She was also the mastermind and chief founder of the “Russian Tribal Federation”.

Svetlana is currently:
– President of the Russian Tribal Federation
– Organizer of annual Russian Tribal Festivals, WSs, tribal intensives of Russian and foreign specialists
–  is a graduate of FCBD® Advanced Teacher Training
– Director of “UJBABA"
– FCBD®Style, ITS and tribal-fusion teacher in Russia and abroad

Since 2011 has become an international teacher conducting numerous workshops in Europe, Asia and USA.
In 2012 and 2014, with her group “UJBABA", attended American Tribal Fest and became the first group in Russia to perform on the main world tribal stage.
In 2013 attended and performed in the FCBD® show “Devotion” with FCBD® and Carolena.
In 2014, together with the Saint Petersburg’s filial branch of Russian Tribal Federation, organized the first visit of Carolena and Megha to Russia.
In 2016 graduated from “Advanced Teacher Training”
In 2017 attended Carolena’s “FCBD®Style Technique for Teachers" and “Perfecting FCBD®Style Performance" courses 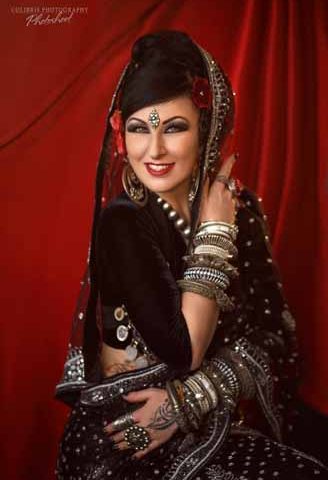