FCBD®Style is a fusion dance form.  The movements are inspired by folkloric dances of the Middle East, North Africa, Spain, and India.  It is a uniquely modern creation that does not represent an “authentic" dance from any particular region.

FCBD®Style is a method of improvisational choreography, using a vocabulary of natural movements and cues allowing the dancers to communicate via gesture and eye contact when dancing together.

Often unnoticed because of the elaborate costumes, exciting music, and sheer beauty of the dance, the core concepts of group improvisation are simple: leader to the left, followers to the right. Watch for interaction among the dancers, who always have their attention trained on the lead position, looking for the cue for the next step. When the dancers face each other and make eye contact, the lead is neutral, falling to the dancer who presents the next cue.

But don’t think too hard! Allow yourself to see the whole picture: dancers working together in cooperation; a group focused on presenting the dance as one entity. 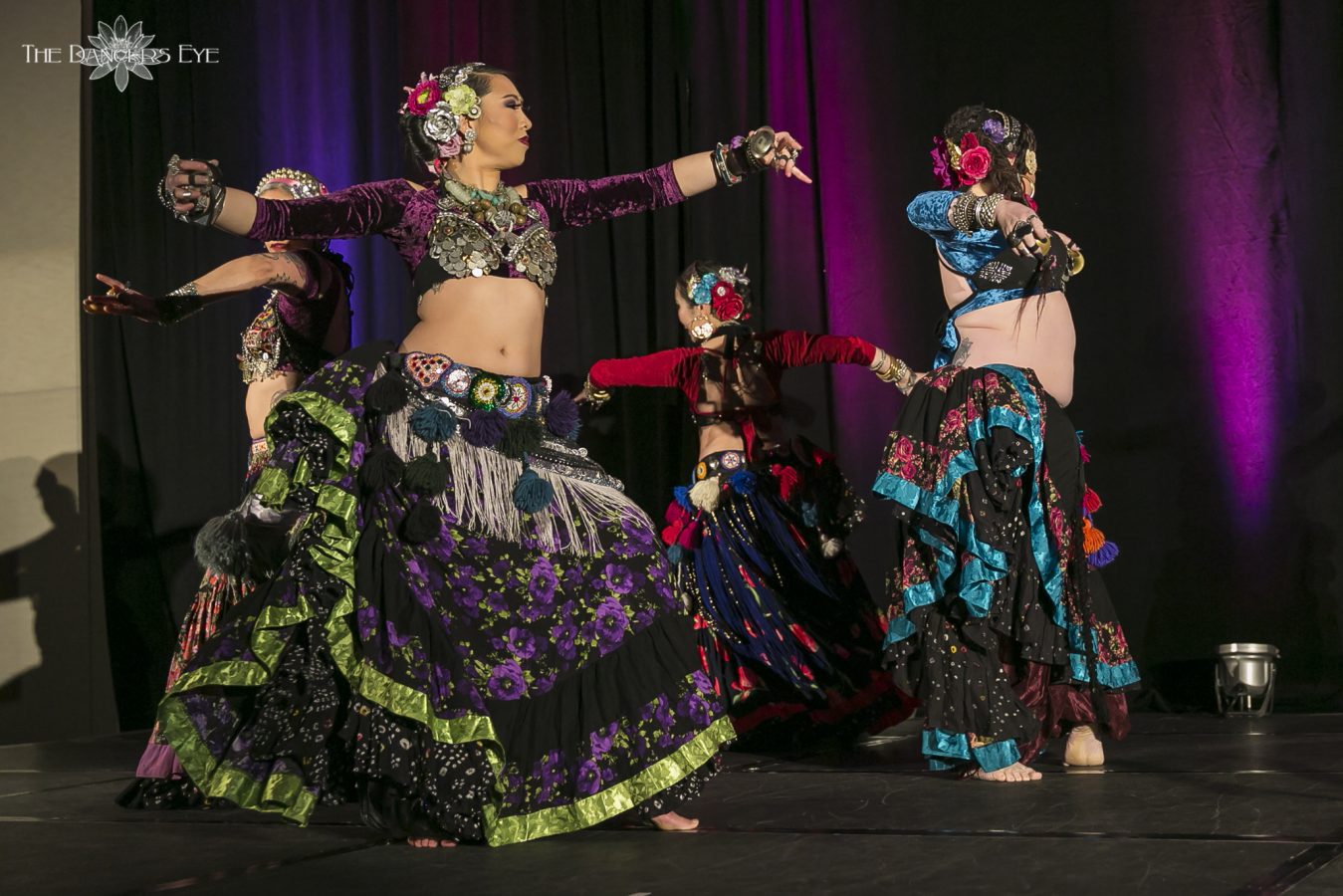 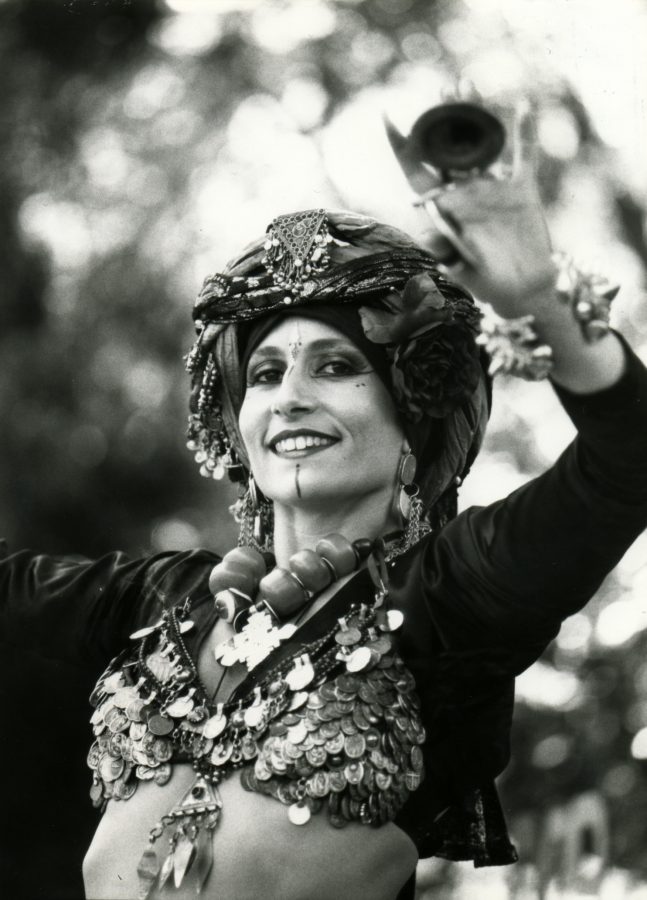 A Brief History of FCBD®Style

In 1974, Carolena began dancing with Masha Archer and the San Francisco Classic Dance Troupe. Masha’s style was an eclectic blend of classic Egyptian, Folkloric, and any other influence that she found enticing. After the SF Classic Dance Troupe disbanded in 1987, Carolena began teaching in a small studio in the Noe Valley Ministry. Her only goal was to teach people to dance so she could have dance partners.

Being young and tattooed, Carolena attracted other young people living alternative lifestyles. The Modern Primitives movement was also underway. Tattoos and primitive styles of body adornment were the vogue. Carolena and her students performed at tattoo shows and conventions and became well known in the City by the Bay.

When the need for a name for the dance troupe arose, a friend suggested the playful rhyme FatChanceBellyDance, based on the silly question dancers often get from onlookers who think that belly dance is merely an exotic entertainment for their personal pleasure.

In other words, the answer is, “Fat chance you can have a private show.”

As Carolena and FatChanceBellyDance® expanded horizons they received a mixed response. Some people loved the new style; others abhorred its departure from tradition. Finally, the style was named “American Tribal Style®,” a name that distanced ATS® from classical beledi styles. The word “American” made it clear that ATS® was distinctly an American invention, not a traditional dance style. “Tribal Style” described the dancers working together as a group with a unified look.

Back at the studio, a system was evolving. Because of the casual nature of FCBD®’s performance opportunities, the dance was largely improvisational. There simply wasn’t a way, or a need, to choreograph because the dance space often changed at the last minute, and the dancers had to perform without rehearsal or any information about the performance space.

Duets, trios, and quartets worked in set formations. If the stage was two-sided, or if the dance space was in the round, the dancers could flip the lead by facing the opposite direction. In other words, as long as the dancers stayed in formation, the group could face any direction and the lead could change, depending on the audience’s location. Carolena developed cues for each step or combination, usually an arm or head movement that could easily be seen. She found that because all steps began with a gesture to the right, dancers tended to angle to the left. This angle allowed following dancers to clearly see the lead dancer.

What is FCBD® Style

A slide show presented by Carolena at Elevation, 2019.