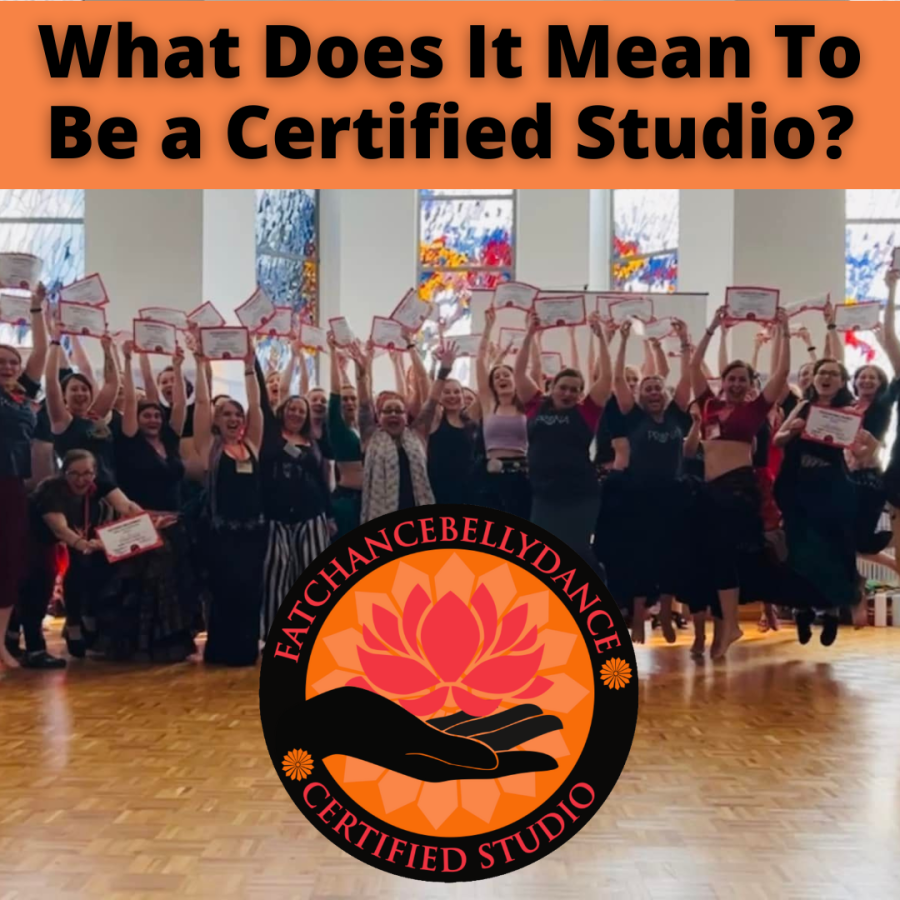 What Does It Mean To Be a Certified Studio?

The following post was a three part series written by DeAnna Freeman for fcbdU.com

Part One – A Brief History

In August we confirmed all the new Certified Studio applications! This is the first batch of Teacher Training graduates since 2019. These dancers had been waiting for two years to complete their training and many of them had been consistent with classes on fcbdU to keep them learning and motivated. It was an absolute pleasure to welcome them as Certified Studios.

Since we have so many new instructors. I thought it might be nice to do a blog series on what it means to be a Certified Studio.

This week I’ll start from the basics and will expand the conversation over the next few weeks. I’ll try to include some of the frequently asked questions. Feel free to email me any of your questions.

What is a Certified Studio?

The official description from the application process is:

Why and How Did the Program Begin?
Certified Studio was originally called Sister Studio so for the sake of storytelling and timeline, I’ll refer to Sister Studio for the first couple of blog posts.

Wikipedia definition – A sister city or a twin town relationship is a form of legal or social agreement between two geographically and politically distinct localities for the purpose of promoting cultural and commercial ties.

Side note, apparently “sister city” is also known as twin town or friendship town in places outside of the Americas. Wikipedia has some interesting history on this concept including links to a full list of sister cities and many between countries. 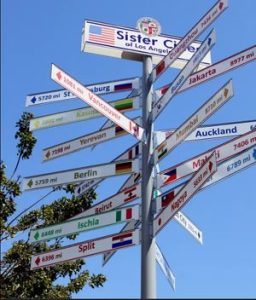 When Carolena and Megha began traveling and teaching Tribal Pura (this was prior to General Skills and Teacher Training programs) they wanted to create a tie between their two studios. The Devyani studio became the “Sister Studio” to FatChanceBellyDance®. This not only created the tie between the two companies/studios, but also made it known that you’d receive the same level of accurate instruction at the Devyani studio as you would the FatChance studio and that these were the two approved places to learn “pure” FatChanceBellyDance®Style (formerly called American Tribal Style or ATS®).

At that time, there was a lot of misunderstanding about what “tribal” and ATS® was or wasn’t. Dancers were associating any group improvisation or any dancer/troupe that had the “look” with ATS®. For instance, if a dancer was wearing all black and dancing “snake-like” or wearing a headdress with layers and jewelry then they would call themselves an American Tribal Style dancer. Even if not one movement was from the vocabulary.

Teachers were claiming to teach ATS® but were actually teaching their own creations or variation simply out misunderstanding that it wasn’t just a look or general concept. This was confusing students that wanted to learn FCBD®Style and you can imagine how they felt when they tried to dance with other ATS® dancers at events. (eventually this led to the registered trademark, but that’s another blog altogether)

Here’s a sweet photo of the registered trademark celebration during a visit from Carolena. 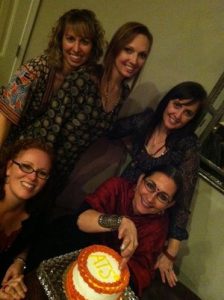 FatChance and Devyani performed and collaborated together in many shows and events showcasing the beauty of how learning true FCBD®Style allowed dancers to seamlessly dance together, even if one dancer lived in San Francisco, California and another in Birmingham, Alabama. They (we) showcased that it was a specific dance format, not just a descriptive style.

Devyani worked hard to ensure we were dancing and teaching exactly as they were in the FatChance studio. Often changing our technique once we got clarification or drilling the same step over and over for an hour to ensure we were confident with the correction (hello single bump half turn). I’m forever grateful that Megha, my teacher was so strict with us. Hopefully this explains a little as to why I’m so adament about technique and teaching the movements as Carolena intends. 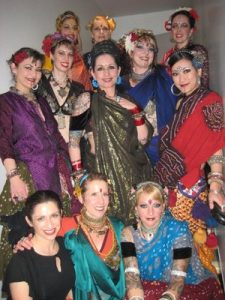 Since then the program has evolved to keep in step with changing times.

We began with a little history on how the Certified Studio program began. I had also explained where the original name “Sister Studio” came from. So before we go any further, I’ll just briefly link how it went from being called Sister Studio to Certified Studio.

How did it go from Sister Studio to Certified Studio?
As the program continued to grow and more instructors became Sister Studios, we had a number of men join the program. Eventually they requested a “Brother Studio” status since they felt “Sister Studio” didn’t represent them and may have been misleading (remember not every country uses Sister City the way we do in the US).

A couple of years ago there were conversations about making a more gender-neutral term, like Partner Studio. For a while we had three different status options: Sister, Brother or Partner. You can imagine this was a little confusing since anyone could use whichever designation they resonated with.

In 2020 Carolena announced the adoption of the gender-neutral alternative….Certified Studio. I personally love this term because instead of dividing and labeling us it UNITES us under one umbrella, removes gender altogether and clears up any confusion of students thinking there was a heirarchy or that these were somehow different from each other. 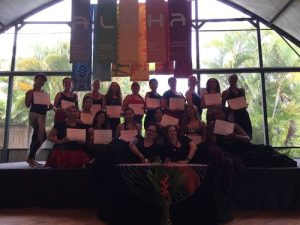 We ended last week learning that, at the time, this status was exclusive to trained instructors that were only teaching FCBD®Style (then known as ATS®)

The program has since evolved. After many years of being really clear and defining FCBD®Style within the bellydance community, it’s no longer necessary to have such tight restrictions. We now include instructors that teach other dance styles. However, as the application states:

I do hope that learning a little about the history of the program explains why this is so important.

A sweet photo portraying the beauty of traveling across the world and easily dancing improv with other FCBD®Style dancers because we speak the same language: 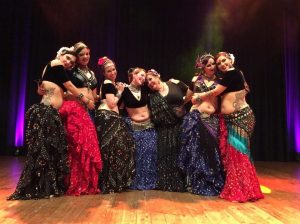 This is also why, as a Certified Studio, its important to keep up to date with your training, check in with your technique and your teaching skills through private lessons with either Carolena or any of the FCCE (Fat Chance Continuing Education) instructors. Trust me, there is nothing worse than teaching your students a movement or concept only to later find out you had misunderstood or for some reason had gradually settled into your own version of the step. Eek! We all know the longer we get something into muscle memory, the harder it is to change it.

Continuing to learn means you also stay humble. Certified studio status does not mean “I am now a master at all things FCBD®Style and never have to take another class again!” In fact, it’s the opposite! An experienced teacher knows that the more you learn, the more there is to learn. When you stop learning, stop growing and *think* your way is the better way, then you lose the community mindset of “we” and the ego takes over.

A photo of the most recent Technique for Teachers group. This group was so dedicated to their own technique, but we loved hearing how they were taking their new knowledge back to their students. 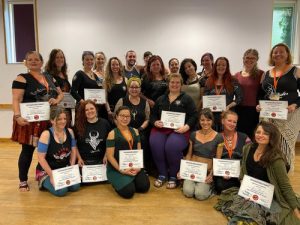 As a Certified Studio, you have the responsibility of putting your students’ needs ahead of your own ego. Meaning if you learn you’ve been doing something differently, you have the responsibility to update your students. This can be done in a way that shows leadership and vulnerability as opposed to ignorance and distrust. If you struggle in this area, a private coaching session with an instructor you admire is a great resource! Or utilize the private Certified Studio Facebook group and ask how other instructors handle it. We are here for each other.

I admire my teacher even more for all the times she came back from a tour with Carolena and said, “Oh damn y’all…we gotta fix this.” It instilled an additional level of trust that she wanted us to succeed.

Being a Certified Studio means you are dedicated to representing and teaching this dance form in a way that is consistent with our global Certified Studio community. This instills a high level of integrity of the dance, professionalism and sets students up for success whether they dance with others outside of class, attend workshops with other instructors or want to eventually become Certified Studios themselves.

Part Three: Our Responsibility to Community

Continuing, and concluding, our series on What it Means to be a Certified Studio, I wanted to share some of my personal opinions and concepts I believe are part of what makes a Certified Studio status so important for the longevity of our dance style.

First, let’s talk about “Intentional Community”. When I first heard Carolena use this term as it relates to FCBD Style I was admittedly a little confused because I only ever heard this term in the context of a residential commune.

Wikipedia defines Intentional Community as:
An intentional community is a voluntary residential community designed from the start to have a high degree of social cohesion and teamwork.

While we clearly aren’t living in a residential community (though I am totally here for this idea!), we ARE living and functioning within a community that has a high degree of social cohesion and teamwork.

Teamwork, cohesion, community and intention are literally the basis of our dance. So it makes sense to consider ourselves an intentional community, just not in the traditional definition.

So what obligations does a Certified Studio have in our intentional community?

Below is the document formerly known as the Tribal Code.

Per Sandi Ball, the origins are as follows:
“The Tribal Code was originally from the Third Tribe Guidelines, a booklet that each intermediate dance student got if they were interested in performing. over the years, I became the keeper/editor of the booklet and this was my last updated version of “the code” circa 2013, when the group was called Blue Diamonds. The original words were more concise, but very similar in message. It was created before or just as I started performing (around 2000/2001, I think) and as I understand it, it was a group effort involving Second Skin members and members of FCBD.”

I simply updated this new version to fit with current terminology and FCBD, Inc. branding.

While originally intended to be troupe guidelines, this code is ideal for any FCBD®Style dancer (and really any human).

As Certified Studios, our responsibility is not only in representing the dance style, ensuring accurate technique and continuing our education, but it’s also to be a leader in the community, live by these guidelines and be an example to our fellow dancers of all these codes represent. 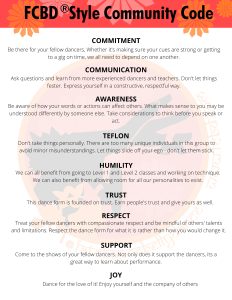 Whether you are a Certified Studio, aspiring instructor or have no idea what I’m talking about, I hope this information has been helpful and inspired you to live life with more intention, humility and, above all…JOY!